[Update]
Updated to include the viewer that was the first to cheer with the hashtag and list of viewers who used the hashtag + amount of (total) bits cheered. Also support for donations / tip goals was a frequently requested suggestion to be included to BlushyFaceBot so I’ll add that where viewers can donate / tip using Streamlabs to a certain common goal to be displayed on stream. The good thing is that BlushyFaceBot already has support for the Streamlabs API so it’s just a matter of hooking it up to support donation / tip goals.

[Original] BlushyFaceBot now has a feature that enables viewers to cheer with a custom hashtag for example #blushy, #blumics #playOverwatch #playBluciothesonicboomboom etc and the bits from the cheer will be added up as total for that hashtag. This is useful for those that have a certain goal / wish lists where anyone can contribute to the total.

Cheer goals are set by adding a hashtag keyword and the total amount of bits for that hashtag, if total amount has not been set then it will still show up on the overlay but without the total goal amount.

The below image hopefully explains how it works. 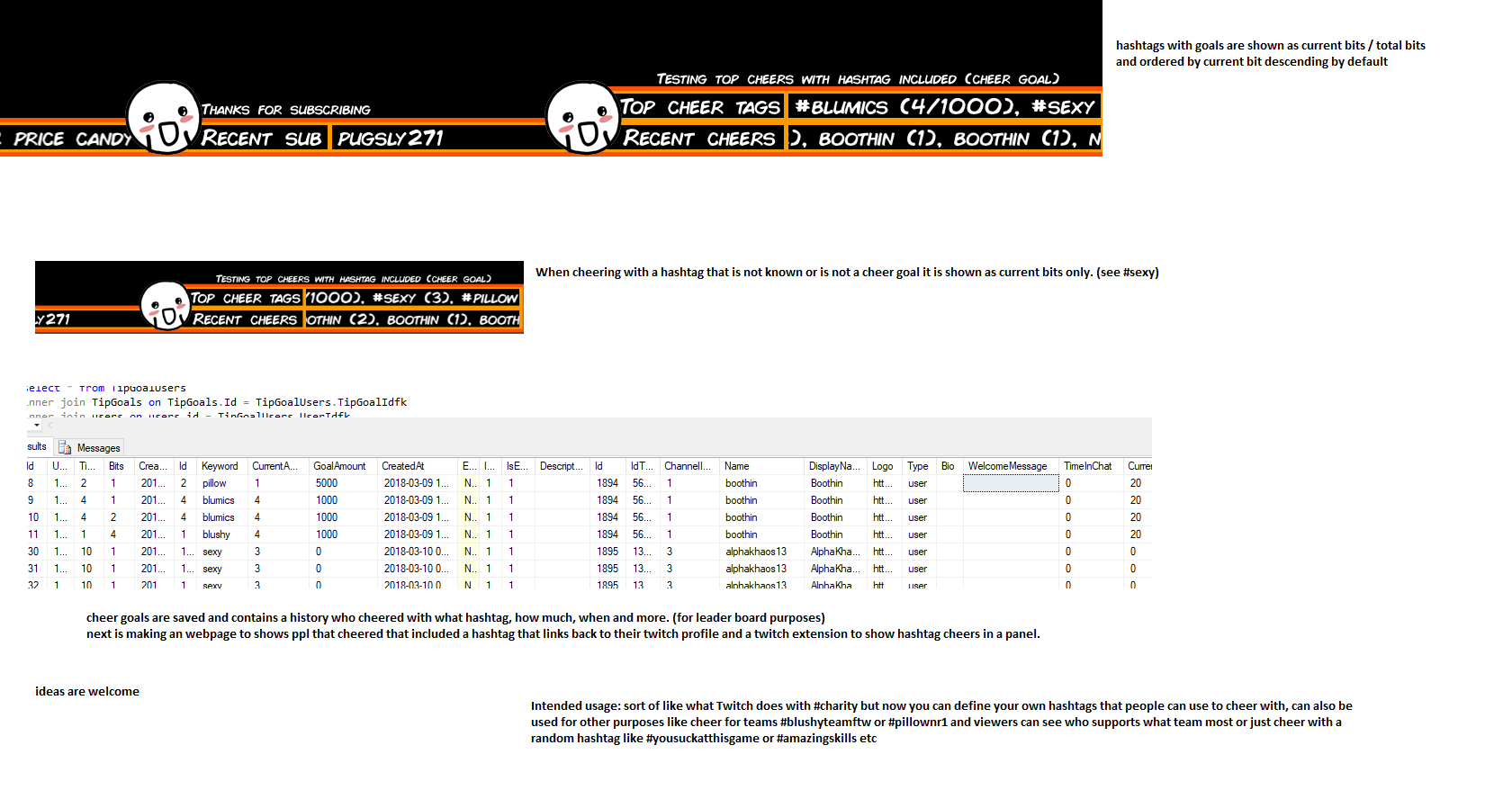